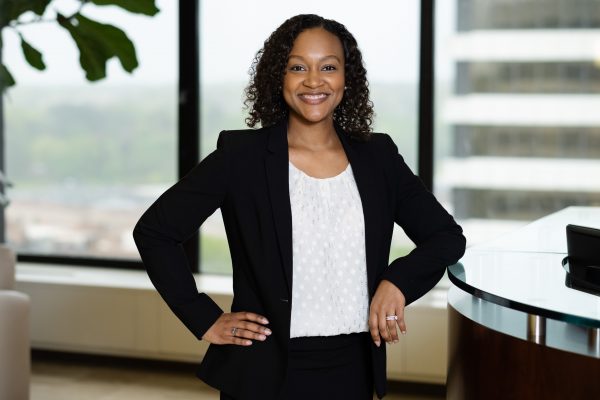 “Make your life a masterpiece; imagine no limitations on what you can be, have or do.” -Brian Tracy

Overview
Overview
Professional Associations
Awards + Recognitions
Extracurricular
Shanitra is an associate in the firm’s Land Use, Zoning & Development, Energy & Environmental and Telecommunications groups. Shanitra previously worked as an Assistant District Attorney in the New York County District Attorney’s Office and is a graduate of Benjamin N. Cardozo School of Law.

In law school, Shanitra was the Executive Teams Editor of the Moot Court Honor Society, Teaching Assistant to Professor Joel Shafferman of the Legal Writing Department, student ambassador to the New York City Bar Association, student mediator at Manhattan Civil Court, and Vice President of the Black Law Students Association. She also interned at both the United States Attorney’s Office for the Southern District of New York and United States Attorney’s Office for the Eastern District of New York.

Prior to becoming an attorney, Shanitra worked as a Wholesale Territory Manager for Marathon Petroleum Company. Her worked included managing the distribution of oil in North Carolina and Virginia.