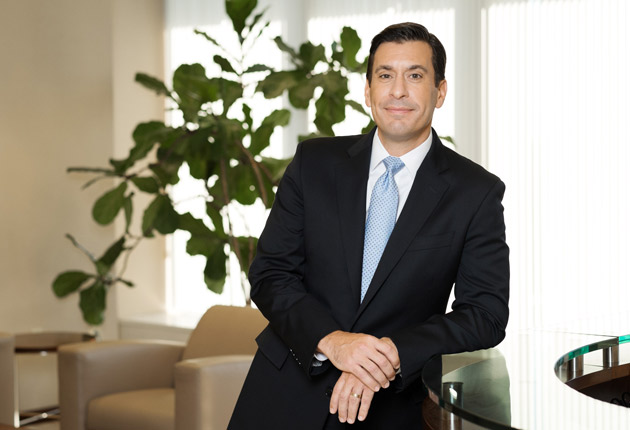 cfisher@cuddyfeder.com 914 761 1300
Overview
Overview
Awards + Recognitions
Professional Associations
Presentations + Publications
Matters + Case Studies
Community Service
Extracurricular
Chris is Managing Partner at the firm and concentrates his practice on telecommunications, land use, zoning, energy permitting and litigation. He is Chairman of the firm’s Telecommunications group and a past Chairman of the firm’s Land Use, Zoning & Development group, two of the largest infrastructure practices in New York and Connecticut. Chris also served as a member of the firm’s Management Committee for the period 2003-2013.

Clients consult with Chris on varied aspects of infrastructure and real estate development and frequently seek his advice regarding the Telecommunications Act, New York’s State Environmental Quality Review Act, Connecticut’s Public Utility and Environmental Standards and numerous other federal, state and local laws regulating development. He routinely appears before state and municipal land use, zoning and environmental permitting agencies such as local planning boards, zoning commissions and the State of Connecticut Siting Council. Chris has extensive experience in the siting of wireless facilities and telecommunications infrastructure at the local, state and national level.

Chris serves in several leadership roles for national and state trade associations. He is a founding board member of the New York State Wireless Association (NYSWA) and served as its President from 2012-2018. He currently serves as NYSWA’s State and Local Government Affairs Advisor. He was appointed to WIA’s Innovation and Technology Council and chaired a working group focusing on municipal government relations and small cell policy. Chris also serves on the Board of the Westchester County Association and leads its Digital Connectivity initiatives.

“Something for Everyone at NYSWA’s Wireless Forum”
AGL Media Group
Contributor
May 24, 2019

“Inside the Industry: Growth in Digital Infrastructure”
WCA and HVEDC
Speaker
March 26, 2019

“Planning and Permitting Mobile Broadband Communications Infrastructure: Is It Time To Amend Your Local Code?”
Touro Law Center’s Land Use and Sustainable Development Law Institute, May 2015

“The Role of Green Building Design and Public Safety Communications in the Inbuilding Marketplace”
The DAS Forum, 2011

“Local Zoning And The Wireless Revolution: How Much Municipal Discretion Is There In A Wireless World? An Update On The Telecommunications Act Of 1996 And Wireless Facility Siting In New York”
NYSBA Municipal Lawyer, 2001
Author

“Environmental Concerns in the Sale or Purchase of a Small Business”
NYSBA, 1994
Co-Author

Helping to Shape the Master Plan for Pace University
For over 15 years, Cuddy & Feder has worked with Pace University to implement its master plan that meets the needs of the University and fosters a positive relationship with the surrounding community.
Small Cell DAS Networks Provide Mobile Broadband Access to Westchester Residents
Cuddy & Feder helped MetroPCS and ExteNet Systems launch the largest DAS network in the U.S. at the time.

The trick to helping clients achieve success is to understand their business, listen and use creative thinking to come up with solutions to what might only be perceived as legal problems. Ultimately, it's about results and helping clients get there. Knowing I helped a community grow and meet its needs with new housing, businesses or access to broadband just makes getting results all the more rewarding. –Chris

Insights
Telecommunications Practice Newsletter
We have curated a selection of blogs, legal alerts, and client successes in our 2021 Telecommunications Practice Newsletter which will certainly influence the telecommunications industry in the coming years.
Learn
News + Events
Cuddy & Feder Managing Partner Christopher B. Fisher, with the Westchester County Association, and Community Leaders Shared Growth of Y-Zone Pilot at Press Conference in Yonkers, NY
At a press conference at the Yonkers Public Library on December 14, 2021, the Westchester County Association joined community leaders, elected officials, and project partners to highlight the latest developments since the launch of the Y-Zone (Yonkers Zone), a broadband pilot program funded by US Ignite and Schmidt Futures as part of Project Overcome.
Find Out
Blog
New York City’s 5G Regulatory Playing Field in Flux?
With the advent of 5G a few years ago, numerous agencies in the City of New York undertook evaluations of their rules and regulations governing the deployment of wireless facilities throughout the five boroughs.
Read