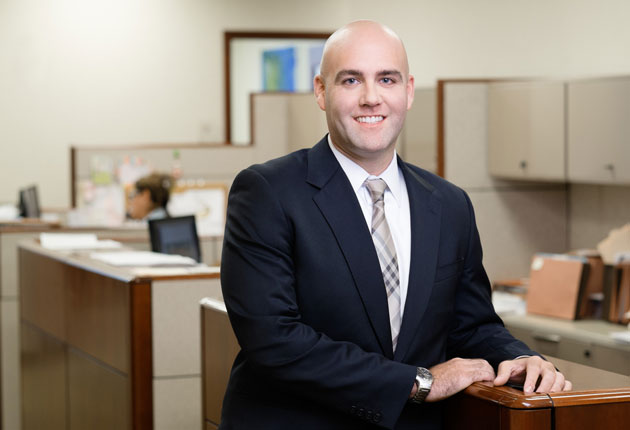 Clients praise Troy for his attention to detail and ability to craft pragmatic solutions to their important legal issues and questions. Troy values his role in supporting his clients as a trusted advisor and helping them resolve disputes either through negotiated settlements, and if necessary, through litigation in state and federal court.

As a litigator, one of Troy’s critical functions is counseling clients on how to avoid litigation in the first place through strategic case assessment and planning. By doing this, Troy has been successful in resolving his clients’ matters in less time and without sacrificing results. When litigating cases, Troy’s ability to identify weaknesses in his adversaries’ cases, coupled with his thorough knowledge of the law, has resulted in a track record of success.

“Distinctions Among and Strategy Points Regarding Claims for Equitable Subrogation”
May 24, 2017
Presenter

“Your Constitutional Right to Be A Ninja”
(LinkedIn, May 2015)

In today’s law practice, most law firms – from solo practitioners to the largest firms in the world – have at their disposal the same legal technology to assist in performing research, generating briefs, and evaluating cases. In order to achieve the results my clients expect, I perform the type of intensive due diligence and analysis that legal technology cannot, in order to understand all facets of my clients’ cases – ultimately uncovering beneficial information for my clients that my adversaries never knew existed.
—Troy

Insights
Cyber Bullying
What’s the state of the law in New York on bullying claims (specifically cyber bullying)? Do NY’s laws need to be updated to reflect the use of technology today.
Learn
News + Events
Cuddy & Feder Elevates Troy Lipp to Partner
White Plains, N.Y. – Jan. 3, 2022 – Cuddy & Feder LLP announced that Troy Lipp was promoted to partner effective Jan. 1.
Find Out
Blog
Black History Month Spotlight: Thurgood Marshall
In recognition of Black History Month, today’s post honors the contributions made by Thurgood Marshall to the legal community and to all citizens of the United States of America.
Read