In a significant appellate decision interpreting the Telecommunications Act (TCA), the Second Circuit Court of Appeals last week ruled in favor of Cuddy & Feder’s client Homeland Towers and Verizon, clearing the way for construction of a new 150’ cell phone tower in the Town of East Fishkill, New York.

Our Firm served as lead counsel on the original zoning application and continued in that role in the subsequent litigation seeking to compel the issuance of permits. Back in January 2015, the District Court struck down the Town’s denial of Homeland and Verizon’s original application under Section 332(c)(7) of the TCA and ordered the Town to issue any and all zoning and other permits for the facility within 30 days. Despite the District Court’s order, the Town refused to issue the required permits and instead, appealed the decision to the Second Circuit.

This is the first time that a Second Circuit decision under TCA Section 332(c)(7) held there was in fact an effective prohibition in service and swept away bureaucratic delay tactics to order immediate issuance of a new tower permit. In affirming the decision below, the Circuit Court adopted the District Court’s reasoning and found it had “properly granted summary judgment in favor of Homeland and Verizon on their claim that the Town’s denial of their application constituted an effective prohibition of wireless services in violation of the TCA.” Going forward, this decision will provide strong ammunition for Section 332(c)(7) effective prohibition claims under the TCA and constitutes the first Second Circuit guidance on the true meaning of significant gaps in service under the TCA.

Importantly, the Second Circuit credited Verizon’s technical radio frequency reports and scientific data, and rejected the Town’s assertion that it “rebutted plaintiffs evidence of a significant coverage gap with an informal driver survey that purposed to show a lack of dropped calls in the disputed area”.

We think the outcome here demonstrates how the legal standard in the Second Circuit is shifting in a way that will help facilitate timely infrastructure build-out by the wireless industry. While the Town had premised its decision to deny the original permit request on an ad hoc and insufficiently documented assertion that there were no gaps in local cell service, Homeland and Verizon compiled a compelling set of technical and scientific data demonstrating that there was a clear lack of reliable service in the relevant service area and a lack of alternatives to a tower. As our partner Chris Fisher explains it, under this new holding, the focus in future disputes under Section 337(c)(7) in the Second Circuit case will now be on the reliability of service based on objective criteria instead of a mere allegation otherwise. Importantly, the Second Circuit credited Verizon’s technical radio frequency reports and scientific data, and rejected the Town’s assertion that it “rebutted plaintiffs evidence of a significant coverage gap with an informal driver survey that purposed to show a lack of dropped calls in the disputed area”. The Court settled the point that the neighbors’ non-expert call data was not evidence sufficient to refute scientific radio frequency analyses.

The Second Circuit’s decision also concludes, for the first time in express terms, that an applicant seeking relief for alleged violations of the TCA only needs to prevail on one of its TCA claims to succeed on a litigation. Indeed, the Second Circuit expressly stated that because it affirmed “the district court on the ground that the denial of the plaintiffs’ application constituted an effective prohibition of wireless services, we need not reach the remainder of the defendants’ arguments on appeal” (e.g., whether the Town’s denial was supported by substantial evidence).

So in an immediate way, we are pleased that the Circuit Court decision clears the way for Homeland Towers and Verizon Wireless to provide customers with more reliable wireless services along the Taconic State Parkway, as well as to commercial and residential areas of the community. More broadly, we see this as a meaningful step forward in shaping the applicable legal framework, helping reduce the regulatory barriers to services being provided in all wireless infrastructure scenarios including towers, DAS, small cells, whether it be coverage or capacity situations. 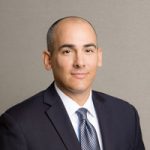 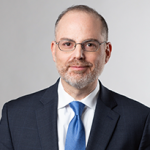 Schriever, Andrew P.
Partner
914 761 1300 Email
The following materials, and all other materials on this website, are intended for informational purposes only, are not to be construed as either legal advice or as advertising by Cuddy & Feder LLP or any of its attorneys, and do not create an attorney-client relationship between you and Cuddy & Feder LLP. Please seek the advice of an attorney before relying on any information contained herein.