SLAPPs: When to Turn the Other Cheek 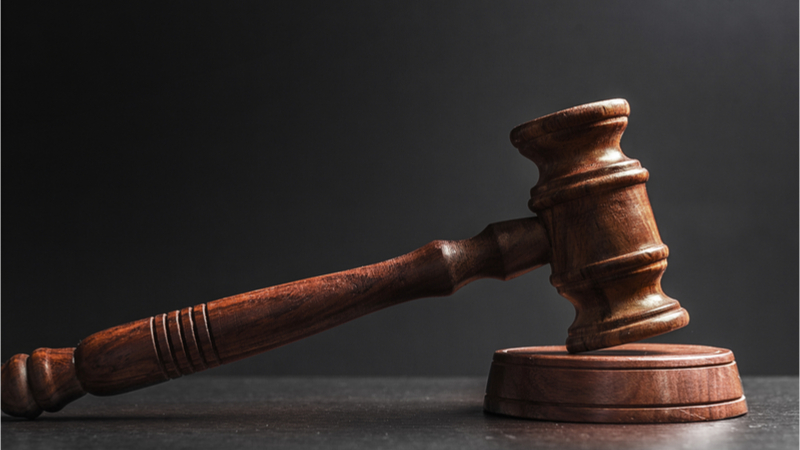 Strategic lawsuits against public participation, or SLAPPs, are a tool commonly used by developers and others to deter community opposition to projects. By threatening opponents with the burden of protracted and expensive litigation, SLAPPs work to intimidate critics into abandoning – and even foregoing initially – their opposition to projects under review. In response to the widespread use of SLAPPs, many states, including New York, have enacted so-called Anti-SLAPP statutes. These laws are designed to prevent what is perceived as abusive litigation aimed at silencing community expression while not eliminating judicial recourse for those with meritorious claims.

Anti-SLAPP laws provide developers and others seeking to improve real property with serious issues to consider before commencing a suit that could potentially run afoul of them. In New York, these considerations are both pecuniary and procedural in nature, and taken as a whole, often militate against commencing action against opponents of development. By refraining from engaging the legal system in these circumstances, developers and others can avoid potentially significant monetary penalties and, more importantly, deprive opposition groups of a significant platform from which to espouse their views. Nevertheless, some circumstances will involve opposition that warrants legal action, and in these cases it is important to ensure that the claims are hardy enough to withstand inevitable attack and worthwhile in light of the added voice given the opposition.

New York’s Anti-SLAPP provisions are set forth in sections 70-a and 76-a of New York’s Civil Rights Law. In adopting this legislation, it was declared to be the policy of the State

that the rights of citizens to participate freely in the public process
must be safeguarded with great diligence. The laws of the state
must provide the utmost protection for the free exercise of speech,
petition and association rights, particularly where such rights are
exercised in a public forum with respect to issues of public concern. 1

Sections 70-a and 76-a of the Civil Rights Law create a right of action for defendants – either individually or as organizations – in suits “involving public petition and participation,” whereby a “public applicant or permittee” commences suit that is “materially related to any efforts of the defendant to report on, comment on, rule on, challenge or oppose such application or permission.”2 Public applicants and permittees include “any person[s] who [have] applied for or obtained a permit…to act from any government body…” 3

In addition to these potential pecuniary pitfalls, a client’s decision to bring suit against an individual or group opposing its application can also have other, unintended consequences with far-reaching effect.

Turning the Other Cheek

In addition to these potential pecuniary pitfalls, a client’s decision to bring suit against an individual or group opposing its application can also have other, unintended consequences with far-reaching effect. Oftentimes, opposition groups or individuals opposed to a project have limited access to the formal decision-making process as it relates to an application and are relegated to a more tertiary role. Comments and complaints are made, public meetings are packed, and the press can even be rallied by such groups, but they are not entitled to much else beyond that. However, when suit is filed by a developer in response to such opposition activity, a new platform is presented to opposition groups that can provide them with a soapbox from which to have a much greater impact on the approval process.

In this regard, opposition groups and individuals who are made part of a judicial proceeding due to their opposition become entitled to notice of every step of the process going forward and can participate in myriad ways. For instance, once made part of an action, they then have the opportunity to engage in full scale discovery with respect to all of the issues relevant to the litigation, including by seeking responsive documents and taking depositions of key party and nonparty witnesses. This could place developers and other clients in a worse position than before commencing suit without providing much in the way of strategic benefit.

That being said, if a client insists upon filing suit against an individual or such a group, because individuals have standing to invoke the protections of New York’s Anti-SLAPP laws, 6 the best recommendation to protect a client’s interests is to ensure that any cause of action they decide to maintain is substantially based in fact and law or supported by a substantial argument for the extension, modification, or reversal of some existing law. Crucially, the burden will be on the claimant to prove by clear and convincing evidence – a more stringent standard than would otherwise apply – that their claims have such a basis. 7

A property owner did just that and defended himself against an anti-SLAPP claim in Giorgio v. Pilla, supra. There, the Appellate Division, Second Department upheld the Supreme Court’s denial of Defendants Steven and Deborah Pilla’s motion for summary judgment on their counterclaims alleging that Plaintiff Dominick Giorgio’s suit against them was a SLAPP. Prior to the dispute, Giorgio had obtained a permit from the Westchester County Department of Health to construct a well and sewage system, along with a home, on his unimproved property. After construction began, the Pillas – who owned property immediately adjacent to Giorgio’s lot – successfully lobbied the Department to revoke the permit it had granted Giorgio. As a result, Giorgio sued the Pillas for nuisance and negligence, claiming that when they had updated and relocated their own septic system several years earlier, they had done so in a careless manner. The Pillas counterclaimed against Giorgio pursuant to Civil Rights Law § 70-a, claiming the suit Giorgio filed against them constituted a SLAPP and should therefore be dismissed with damages being awarded to the Pillas. In affirming the Supreme Court’s denial of the Pillas’ motion, the Second Department concluded that Giorgio “tendered proof sufficiently demonstrating that [his] action has a substantial basis in fact and law.” 8

While the Appellate Division did not provide further guidance as to what constitutes a substantial basis in fact and law, CPLR 3211 and 3212, which, respectively, set forth the standards for dismissal and summary judgment in New York, also make use of the phrase. Subsection (g) of CPLR 3211 and subsection (h) of CPLR 3212 shift the burden on motions for dismissal and summary judgment to the nonmoving party – who, in these cases, is the party alleged to have commenced a SLAPP – to demonstrate that the action has a substantial basis in fact and law. Therefore, it is reasonable to conclude that being able to plead a prima facie claim and show that the other party is not entitled to judgment as a matter of law – such as would successfully defend against both a motion to dismiss and a motion for summary judgment – will suffice. In other words, if a claim can withstand either type of motion, it is likely to be deemed substantially based in fact and law for purposes of defending against allegations of a SLAPP.

Ultimately, there will be many instances when it is strategic to counsel a developer-client to refrain from engaging members of the opposition in a formal legal proceeding. In avoiding the potential monetary penalties associated with being deemed a SLAPP and withholding a vital platform from opposition groups and individuals, more benefit may ultimately inure to the client. Nevertheless, in those circumstances where the manner of opposition to a project warrants legal action, it is crucial that any claim have such a basis in fact and law that it would ultimately withstand an attempt at summary disposition.

Litigation
Authors
The following materials, and all other materials on this website, are intended for informational purposes only, are not to be construed as either legal advice or as advertising by Cuddy & Feder LLP or any of its attorneys, and do not create an attorney-client relationship between you and Cuddy & Feder LLP. Please seek the advice of an attorney before relying on any information contained herein.