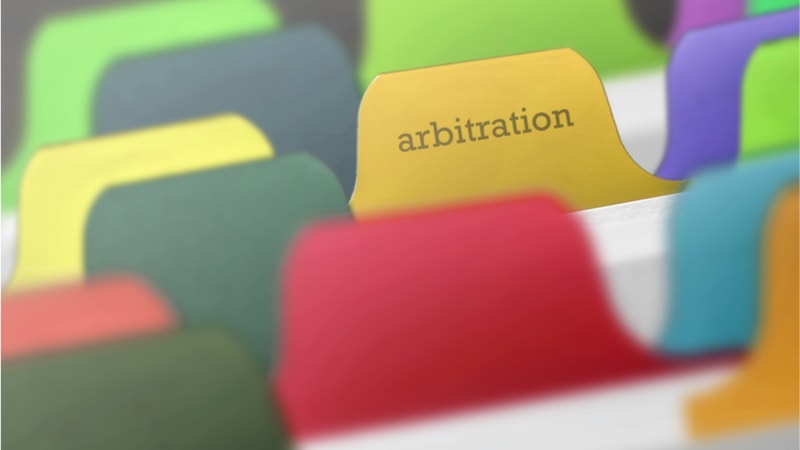 (Note: This post from November 3, 2017 has been updated to reflect the May 21, 2018 decision by the U.S. Supreme Court confirming that class action waivers are not precluded by the collective bargaining provision of the National Labor Relations Act)

Many businesses fail to give forum selection clauses much thought, focusing instead on negotiating the material business terms when drafting or negotiating their agreements. However, a carefully-crafted and thoughtful forum selection clause can save businesses significant time and capital. Hastily consenting to “submit disputes to arbitration” is not the answer, as hundreds of businesses end up in court litigating about whether they should be there at all.

Delegation Clauses and Their Implications

Generally, arbitrability (whether an agreement to arbitrate exists, and whether it covers the dispute) is an issue for the courts to decide.2 However, parties can specifically provide, in what is known as a “delegation clause,” that arbitrators not only have exclusive jurisdiction over a dispute, but also exclusive jurisdiction over “any question as to its arbitrability.”3 Further, even without an express “delegation clause,” if an arbitration agreement incorporates by reference a forum’s rules, the parties may have contracted away their right for the courts to determine the threshold issue of arbitrability.4

New York Courts have provided for a couple of small carveouts to this rule. Incorporation by reference of a forum’s rules reserving arbitrability to itself does not constitute “clear and unmistakable evidence” that the parties intended to delegate arbitrability to an arbitrator where the arbitration agreement is narrow.5 Moreover, where a party claims that they never assented to the agreement containing the arbitration clause, courts will determine whether the parties assented to the agreement notwithstanding the delegation clause.6

Takeaway: Know the applicable rules in the selected forum and the implications of those rules. Consider supplementing or changing those rules to address specific business concerns, such as the time within which arbitration must be commenced, the arbitrator selection process, and any discovery parameters.

Enforcement By Or Against Non-Signatories

There are only five recognized theories to bind a non-signatory to an arbitration agreement: 1) incorporation by reference;7 2) assumption;8 3) agency;9 4) veil-piercing/alter ego;10 and 5) estoppel.11 In Katsoris, the Southern District of New York held that a corporate parties’ successor-in-interest (non-signatory) was bound by an agreement to arbitrate, as was the plaintiff (non-signatory) who had negotiated the work-for-hire agreement for his yet-to-be formed foundation;12 however, a non-signatory entity which clearly benefitted from the work-for-hire agreement but did not receive a “direct benefit” therefrom could not be compelled to arbitrate.13

Takeaway: Including class action waivers in arbitration agreements could prevent the assertion of smaller claims against your business.

Internet contracts have been found valid where “the user takes some action demonstrating that [she has] at least constructive knowledge of the terms of the agreement, from which knowledge a court can infer acceptance.”19

“Clickwrap” or “click-through” agreements require users to click “I agree” after users are presented with terms and conditions of use, in contrast with “browse-wrap” agreements which post terms and conditions via “hyperlink” on a website.20  “Scroll-wraps” require users to scroll through terms before clicking “I agree,”21 and “sign-in wraps” advise users that they are agreeing to terms of service when registering or signing up for services. While Clickwrap agreements are routinely upheld because users must affirmatively assent to terms of an agreement, browse-wrap agreements receive closer scrutiny.22 Nevertheless, the Second Circuit has held that “a reasonably prudent user knows that the text that is highlighted in blue and underlined is a hyperlink to another webpage where additional information will be found.”23

Takeaway: Language and consent buttons in web-based agreements should be very clear, and best practices should include using clickwrap (rather than hyperlinks) to disclose the terms of consent to arbitration.

Arbitrability is frequently contested where a case involves multiple contracts, particularly when the contracts present conflicting forum selection clauses. Generally, “’a broad arbitration clause in an agreement survives and remains enforceable for the resolution of disputes arising out of that agreement subsequent to the termination thereof and the discharge of obligations thereunder’ unless a merger clause in a subsequent agreement serves to supersede the prior agreement to arbitrate.”24 “Where a later contract includes only…general language in its merger clause, the clause does not terminate a requirement to arbitrate issues that arose under a prior agreement.”25 However, where there is “a showing of specific intent for a subsequent contract to supersede a prior agreement to arbitrate, the later contract’s language controls.”26

In Mumin v. Uber Techs., Inc.,27 the Court compelled arbitration notwithstanding that two separate agreements provided that courts in San Francisco would have “exclusive jurisdiction” over disputes arising out of the parties’ agreement, citing the rationale that “it may be necessary to file an action in court to enforce an arbitration agreement, or to obtain a judgment enforcing an arbitration award, and the parties may need to invoke the jurisdiction of a court to obtain other remedies.”28

Takeaway: Ensure that forum selection clauses are consistent across contracts most likely to be implicated in a single dispute. For example, employment agreements, NDAs, Confidentiality Agreements, and Work-For-Hire Agreements all may be implicated if an employee steals trade secrets.

While this article does not address the pros and cons of arbitration versus litigation, businesses are well-advised to carefully consider those advantages and disadvantages when drafting and/or negotiating forum selection clauses. To the extent that businesses have decided to use arbitration clauses in their agreements, they should at a minimum:

Forum selection clauses are powerful tools which, if carefully considered and crafted, can save businesses significant time and money. Because such provisions are usually noncontroversial when the parties are negotiating material business terms, that is the best time to consult with litigation counsel to ensure that the clause is properly drafted, consistent with related agreements, and makes good business sense. 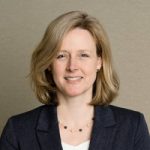 Shofi, Leanne Murray
Of Counsel
914-761-1300 Email
The following materials, and all other materials on this website, are intended for informational purposes only, are not to be construed as either legal advice or as advertising by Cuddy & Feder LLP or any of its attorneys, and do not create an attorney-client relationship between you and Cuddy & Feder LLP. Please seek the advice of an attorney before relying on any information contained herein.