In an ambitious and unprecedented development initiative, the New Rochelle City Council unanimously adopted an amendment to the City’s Zoning Code in December 2015 to effectuate significant downtown economic revitalization. On the heels of the demonstrated success of the Downtown Overlay Zone (DOZ) initiative, the City is now seeking to enhance its neighborhoods adjacent to portions of the DOZ to seamlessly connect residents with the booming redevelopment of the downtown and take advantage of available transit-oriented opportunities.

Given that 26 redevelopment projects have already been approved – and more proposed – within the downtown area of the seventh largest city in New York state, New Rochelle’s existing hotels are unable to meet the anticipated demand related to the downtown redevelopment. Cuddy & Feder’s land use team, led by Anthony Gioffre and Kristen Motel, was there to assist WP Realty Acquisition III, LLC, a subsidiary of Ward Capital Management LLC, when it recognized an opportunity within this gateway area to provide in-demand hotel accommodations that will support the downtown redevelopment. The developer purchased 115 Cedar Street, the site of the well-known Don Coqui restaurant property, situated just off Exit 16 of I-95 providing easy access for travelers and adjacent to the DOZ within ideal proximity to downtown. The project site is currently vacant and at the onset of the project, was situated in an isolated area zoned for industrial uses that could not support the downtown. In fact, the City’s Comprehensive Plan identifies this corridor as having connectivity issues, citing the highway’s separation of downtown from the rest of the City and the abrupt termination of sidewalks under the I-95 interchange.1

This new development will have a dramatic positive impact on perceptions of New Rochelle, while also adding much-needed hotel space to keep up with growing demand.

Ward Capital envisioned a gateway to the City, a landmark 24-story, 225-room luxury hotel that will connect travelers to the downtown area. The hotel will not only support the downtown redevelopment by providing travelers with a place to stay, it will also function as a social networking hub. Public restaurants, a rooftop bar, and event space are all included in the hotel’s features and the hotel will target tourists and millennials seeking a full array of amenities. Additionally, a portion of the rooms will be larger in size to accommodate guests with extended stays, making it a one-of-kind hotel for Westchester County. To further the City’s goals of connecting surrounding neighborhoods with the downtown and improving access to mass-transit, Ward Capital’s approved plans include a proposed pedestrian bridge over Cedar Street and a walkway along the railroad tracks to connect the hotel to the downtown area and train stations.

“This new development will have a dramatic positive impact on perceptions of New Rochelle, while also adding much-needed hotel space to keep up with growing demand,” New Rochelle Mayor Noam Bramson said in a statement. 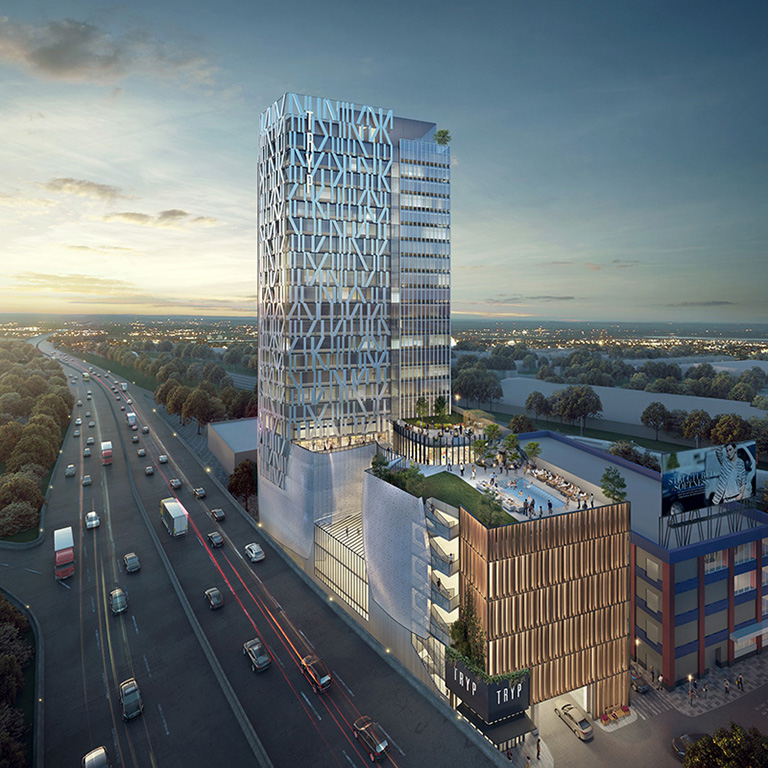 While the City’s Department of Development recognized the location as ideal for enhancing the City’s visibility along I-95 and improving connectivity into the downtown area, the project site was classified within the Light Industrial Zone, which did not allow hotels as a permitted use within the Zoning District.

Recognizing the need to permit more dynamic uses within gateway areas close to the downtown, Cuddy & Feder helped Ward Capital submit a Zoning and Map Text Amendment petition to the City Council. The petition sought to create a new Light Industry-Hotel “LI-H” District that would permit the underlying uses in the Light Industrial zone while also allowing larger hotels, restaurants and associated hotel amenities. The proposed Zoning Code amendments sought to increase the size, height and density of a building permitted on the property through the new Zoning District, which would allow for a 24-story hotel that would create the intended distinctive gateway. In October 2018, the City Council approved the rezoning Petition, and the property was re-zoned to the newly created LI-H District. 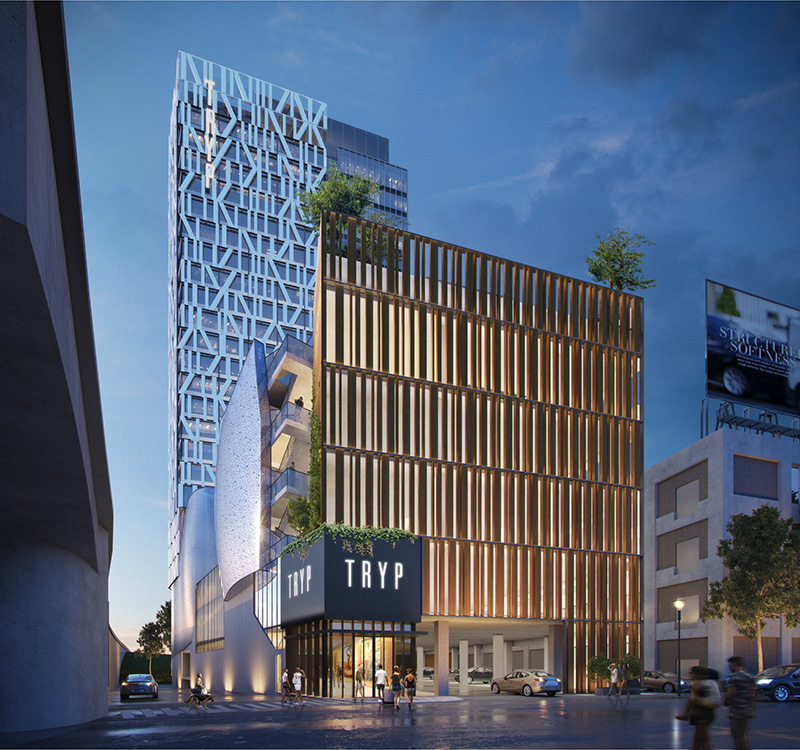 With the intended use now permitted on the property, Cuddy & Feder assisted Ward Capital in proceeding to the Site Plan application process, which included comprehensive engineering, architectural and traffic plans. In April 2019, a formal site plan application was submitted for the proposed hotel, and, after a public hearing before the Planning Board, final Site Plan approval was granted in June 2019.