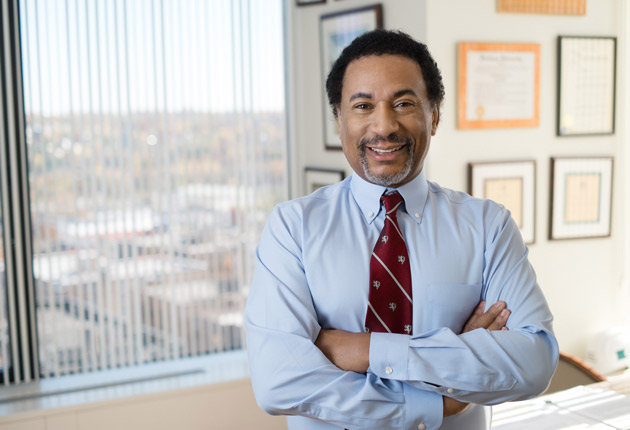 Larry is Of Counsel at the firm and practices in the area of real estate law, as well as land use and governmental affairs. He has represented banks in real estate financings and has also served real estate clients on residential and commercial projects. Larry has expertise in representing many clients who are purchasing, selling or renovating high-end, high profile properties that have presented complex issues and require complex approvals. Larry has also represented companies and private equity firms in connection with acquisitions and divestitures, and has advised clients on corporate governance issues.

Some of Larry’s recent projects include:

His most recent land use work also includes winning approval for numerous complex demolitions and gaining permission for the construction of numerous buildings and structures by appearing before architectural review boards, planning boards, zoning boards of appeal and town boards. Larry was also notable in his successful application for a municipal annexation of a residential estate property that was located in one town and transferred into another, thus changing the town boundaries of two New York State municipalities, one of the first such residential annexations to occur in New York State during the last 50 years.

A frequent lecturer on governmental affairs and employment issues, Larry is chairman of the Westchester County Police Board and has been an adjunct professor at Fordham University and Dutchess Community College. He began his legal career at one of Manhattan’s largest law firms, served as a White House Intern and has counseled government officials throughout Westchester, New York City and New York State. An author of many articles on business and legal issues, Larry is a New York Times bestselling author of 14 books and was a contributing editor at U.S. News & World Report. He offers weekly commentary on Cablevision News 12 TV, which keeps him in contact with the top government officials in the region. Larry has served as legal commentator for WNBC and has appeared on “The Today Show” and PBS’ “Charlie Rose.” His corporate and legal research has appeared in USA Today and The Wall Street Journal.

Larry was awarded by Chief Justice Judith Kaye the Distinguished Service Award by the Tribune Society of the Unified Courts in the State of New York. He was honored, along with New York State Appellate Judge Sondra Miller, by the American Jewish Committee’s Judge Learned Hand Award, which is given each year to a distinguished judge or attorney by the 110 year-old organization.

My clients see me as a legal adviser and a problem solver who anticipates challenges long before these challenges become an unnecessary headache, expense or barrier to success.
–Larry

News + Events
Cuddy & Feder Lights the Night with Leukemia & Lymphoma Society
The walks are held in over two hundred communities across the nation every Fall to fund lifesaving research.
Find Out